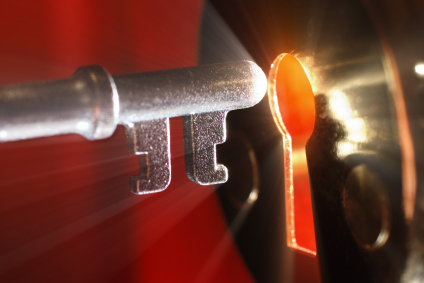 Key & keyhole with light coming from it

I wanted to write about a start-up success history which was founded two 3 years ago.
The first time I heard about ByHours, was in a talk given by his founder Christian Rodriguez in the “ Salón mi empresa” held in Madrid on the 19th February 2014. His talk was titled, «How a start-up takes the step to internationalization in less than two years. Objective: ByHours.com in London”

I thought it was a very good and revolutionary idea.

Maybe someone had already thought of it before: why can’t hotel rooms be booked by hours? But very few will dare to shape it into a real business plan and to implent it in such a sector as the hotel sector.

Recently I read that it was the typical success story. This year they closed a round of funding worth 2.6 million euros! According to Newspaper La Vanguardia:

To achieve his expansion ByHours would be accompanied by the audio-visual giant Mediaset.

I personally think that is very difficult to convince hotels of this revolutionary system: pay per use even if it is a market trend.

ByHours is an online reservation system booking hotels by the hour.

Time passed by and a few days ago I came across a video that made me smile.

This took place in October 2013 in the Spanish TV program ‘Tu  oportunidad (Your chance)’  where entrepreneurs have the opportunity to introduce their projects to seek funding.

Just one of  five investors offered financing, I suppose, because he believed in the project. Would the rest, have reacted the same way have they known the growth and success of this start up today?

In February 2014  the objective of ByHours.com was to operate in: Barcelona, ​​Madrid, London, Frankfurt, Rome and Paris and today, according to their website, they operate in Amsterdam, London, Berlin and Milan.

The reason I wanted to write this post is because, if such a clear start up success history as this one, was initially rejected by 4 investors just 10 months ago … what should other start-ups expect?

When starting your own business is clear that you really have to believe in your idea and you have to be immune to discouragement in case you have a clear success vision of your business. This success case proves it.

So this short post just to encourage us to believe in our projects even though no one does. At any time a situation can take a 180 degree turn.