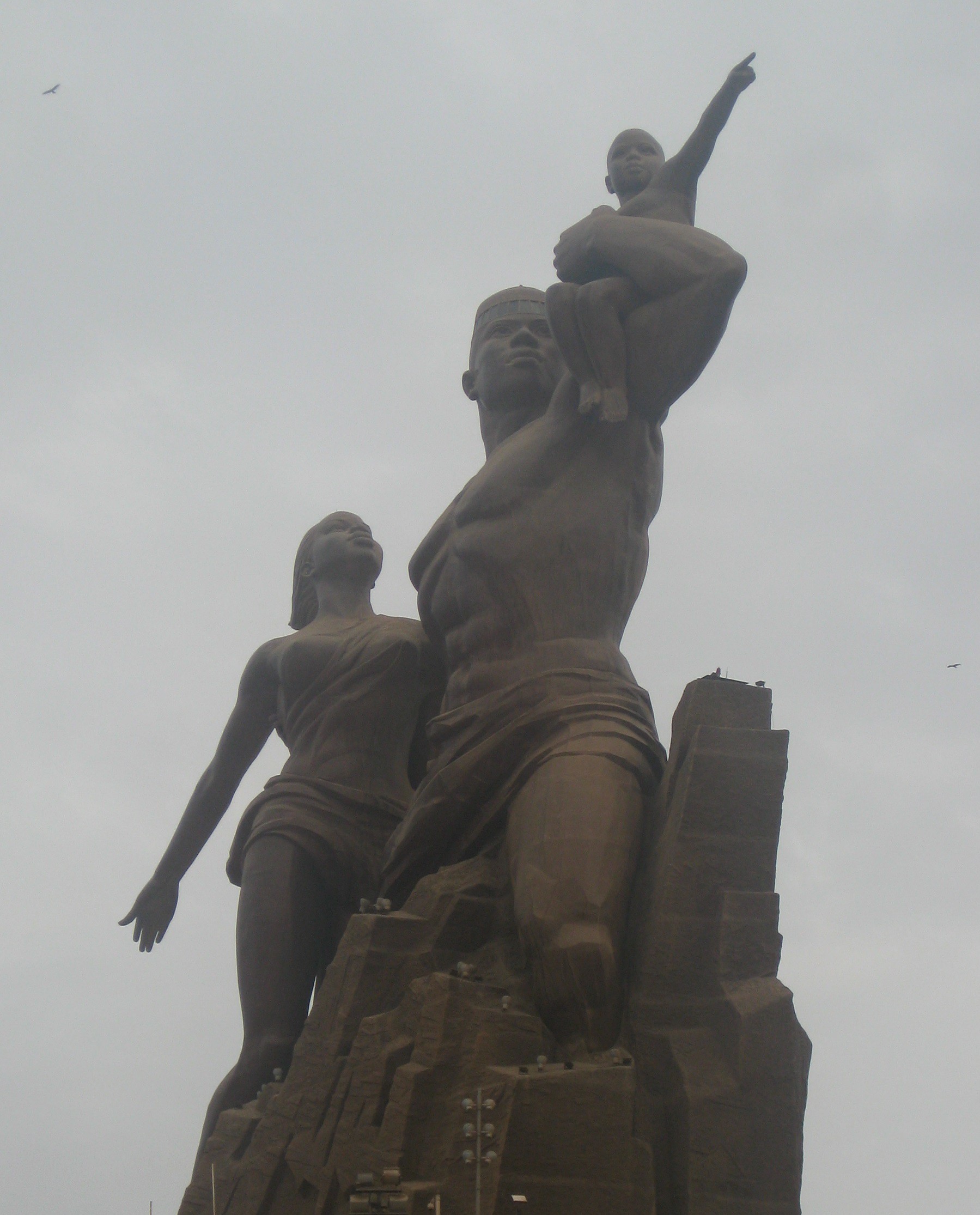 The Traveler Sparrow had the honor to collaborate with Katia Martínez Garbaye of Opening Markets… Together!, author of the article on West Africa divided into three chapters.

Before you having the opportunity to access her very interesting professional path I will share with you an anecdote that shows that Katia has the internationalization under her skin: the proof is that when going to her house in order to give the lasts touches to these series of posts divided into three very interesting chapters, I found that Africa for Katia has definitely a special meaning. In the entry she has a beautiful African tapestry on the wall:

When entering the living room, I discovered a very nice African statuettes with a tapestry as background also African that confirms her passion for this continent:

But the most significant of all is that on the table she had a Russian newspaper! Yes, definitely, internationalization is in her genes:

She has twenty years of experience conducting international market prospecting, sales, management, control and supervision as Export Manager and as a consultant to numerous companies located both in Spain and abroad. In 2012 she created Opening Markets… Together!, a  consultancy firm to help and boost the internationalization of Spanish companies specially in West Africa, Russia and CIS Countries (CIS) focused mainly on industrial products and consumer durable goods.

A professor teaching International Marketing and Trade and a speaker in seminars and conferences on this subject, she has just published a textbook on international trade management in French: «Documents in a foreign language other than English, for international trade»:

On February 17th, at the VI edition of  “ Salón miEmpresa” held in Madrid, I had the honor of sharing my passion and my professional experience in African markets in a lecture entitled: «West Africa: a big market for Spanish companies. Guidelines for entering it successfully.»

In the audience was my friend Natalia López, founder and CEO of  The Traveler Sparrow, who invited me to summarize my lecture so as to publish it on her website. With pleasure!

Due to the lack of time it was not possible to go into detail about each and every country/market forming part of West Africa. Therefore, the lecture was intended to be an “appetizer” to pique interest in this region so as to consider it a potential target in forthcoming international business expansion plans. There are many reasons for it!

I usually start my lectures on international trade with maps showing the world under different perspectives; this allows me to transmit at a glance what to me is the quintessence of international trade: each country/market is unique and should be approached accordingly.

The first guideline to enter any market is obvious: our criteria and vision are not necessarily valid in other places, even less in those definitely very different from ours, as it is the case for Africa. Mutual respect, continuous learning and adaptation are basic ingredients to achieve mutually advantageous agreements and strong business relationships. Obvious? Definitely. Common sense always helps and it’s for free!

Expanding abroad entails preparation. A thorough information gathering process is key to entering any market and, in this sense, it is important to stress the fact that Africa is not an homogeneous whole but 54 different countries!

West Africa is one of the five regions in which Africa is usually divided and roughly corresponds to the ECOWAS (Economic Community of West African States), one of the most dynamic economic communities on the continent, also known as CEDEAO in French.

Economic integration of UEMOA members is one of the most developed of African regions, even though still emerging.

Although saying that these 8 countries work already as a single market is not accurate yet, the truth is that they share enough caracteristics for them to be considered as a rather consistent whole, very attractive for Spanish companies

As for the  opportunities that  West Africa has to offer to Spanish companies, second Part very soon! Keep posted!

Any cookies that may not be particularly necessary for the website to function and is used specifically to collect user personal data via analytics, ads, other embedded contents are termed as non-necessary cookies. It is mandatory to procure user consent prior to running these cookies on your website.