Blogging around the world. Can a blogger make a living in Spain? 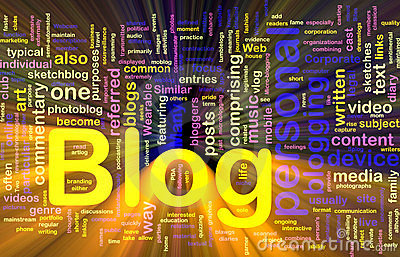 The Traveler Sparrow would like to help in the internationalization of SMEs, among many other things, through multilingual blogs, to reach everybody in the world!

We were wondering if it’s true what we suspected: There is much potential for growth in the blogosphere in Spain.

Can a blogger support him/herself just by blogging? According to Lifestylealcuadrado, it is indeed possible. With effort, time and dedication as with everything in life:

Nevertheless TTS thinks that living by blogging is still not possible in Spain, but as it seems everything is possible, TTS is researching about it:

TTS cannot believe it when reading this article in El Mundo newspaper: “…being a fashion blogger is a great business in Spain!

WHAT? How? Making a living is possible even in Spain and not only that but great money can be earned? Well, well, we keep researching but now with even greater curiosity. They even say: “…This digital character  (blogger) has been elevated to the category of VIP…” we are talking of course of fashion blogs and people who were already known before being bloggers. So much so that there is already an agency representing bloggers in Spain: Okiko Talents and they say: «Blogging is a real dialogue between the publisher and its readers.»

Eduardo Arcos Barredo in an interview on June 2006 answered to the question: «Do you earn money with your weblog?» by saying «I earned a lot of money. You can make a living from it; we are now at the stage of creating market”

In an article of El País newspaper in 2006 they predicted: «Blogs can become an activity that generates real money with a business model that supports it; but it will be only achieved in those cases where there is a lot of work behind and with a solid business approach.”
In a recent article in December 2013: «I-want to-be-a-blogger» it confirmed what TTS suspected: “…only 2,8% of Spanish local blogs accounts for the global blogosphere … It is considered officially as a profession in countries like France or the United States … » but not yet in Spain…

Again, in this case, we are talking about fashion blogs… and … what about other sectors? What about corporate blogs? And how do those bloggers earn money?

In this article: «How to monetize a blog» they say «monetize a blog is not difficult, what is difficult is to make a living of it. According to Technorati statistics in his «State of the blogosphere” report, only 17% of those survey respondents said that the blog is their main source of income. Some marketing agencies pay around 500 € to influential bloggers, but reaching this status is complicated because the blog must be powerful in terms of impact «:

Another option is the purchase of the blog but even if this is possible in US in Spain is quite rare.

Now we know a little bit more about how to start monetizing a blog. But many questions remain still.
Why a Spanish company, in particular a SME should have a blog and even more: Why a multilingual blog?

John Merolla, blogger and professor of marketing 2.0 says: «… if you want to position your company, online content is one of the many ways to succeed…«:

A blog helps position the SME from a different perspective from the one in the website, it shows expertise, generates leads and closeness and all of this translated in several languages is for sure the best investment that can be made in a SME wanting to export. It also builds trust and promotes dialogue. It is a must to have a blog together with a web, corporate videos and social media presence.

If a SME needs to export, they have to have all of this translated into several languages ​. What are SMEs waiting to digital internationalization?

According to this article: «why-my-company-needs-a –corporate blog «: «… The companies that succeed online (and offline) are those that are different from the rest and build their own identity as a brand. A blog is your brand’s voice, a voice that will allow you to customize your message beyond … “

Now let’s look a little bit abroad, for example in the USA. In this article: Blogging Statistics, Facts and Figures in 2012: “…In 2012 it has evolved into major publishing businesses such as Huffington Post that was sold recently for over $300 million... «

Thereafter, what are SMEs, that want to export, waiting to have a multilingual blog, among many other things, with the help of The TravelerSparrow? 😉